Early History
Ten miles southwest of Saint Louis was an area known as the Dry Ridge to Missouri, Osage, and Dakota Indians and fur trappers until 1802. In the early 1800s, this region, once a part of the Louisiana Territory, was changing from Spanish to French ownership and a system of land grants was inaugurated to promote immigration. During the early period of Spanish rule, officials gave land to settlers as a check against the English.

A Land Grant
As part of this program, in 1802 Gregorie Sarpy was granted 6,002 acres by Charles de Hautte Delassus, the last Spanish Lieutenant governor. The land grant covered the major area now known as Webster Groves. 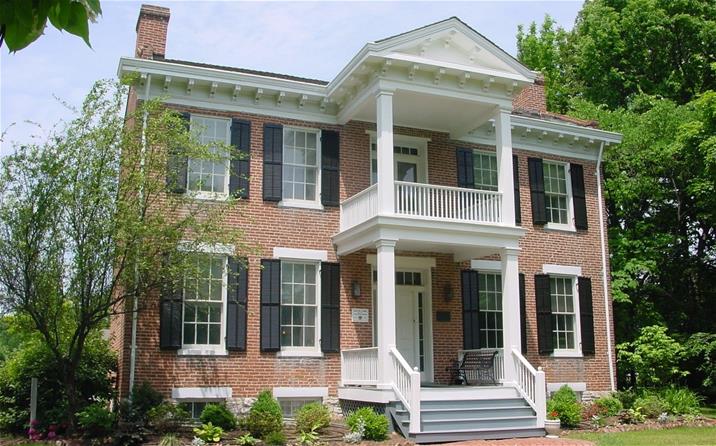 Development as a Suburb
Webster Groves' location on the Pacific Railroad line led to its development as a suburb. In the late 19th century, overcrowding, congestion, and unhealthy conditions in Saint Louis prompted urban residents to leave the city for quieter, safer surroundings.

In 1892 the developers of Webster Park, an affluent community which would soon become the City Of Webster Groves, promoted the new community as the Queen Of The Suburbs, offering residents superb housing options in a country-like atmosphere, as well as a swift commute to downtown Saint Louis jobs.

As a suburban municipality, Webster Groves has its origins as five separate communities along adjacent railroad lines. Webster, Old Orchard, Webster Park, Tuxedo Park, and Selma merged in 1896 in order to implement public services and develop a unified city government.

The geographic and economic diversity of Webster Groves is evident in the variety of neighborhoods and its successes is rooted in the cooperation and willingness of community members from all walks of life to work together toward common goals
Agendas & Minutes
Review past &
upcoming meetings
Stay Informed
Keep connected with
Notify Me®
Report a Concern
Submit questions,
comments & concerns
Employment
View open job
opportunities
Parks & Recreation
The wonderful world
of recreation!
Explore Webster
Businesses & local
happenings
Government Websites by CivicPlus®
[]